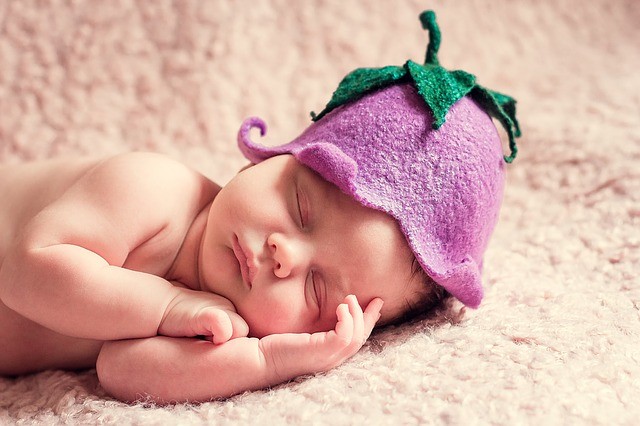 Choosing a unique name for your bundle of joy never gets better than when you get a Biblical one. The Biblical style of naming kids never goes out of style, and with the names growing in popularity in the United Kingdom, the style is never fading into oblivion. Such names have always been among the most popular choices for centuries for both boys and girls. These names range from the most basic ones like John to the unusual ones like Huldah or Asher.

Now, for any new parents – whether they have older kids or not, – the challenge of bringing a pregnancy to fruition and giving birth to a bundle of joy is bigger enough. The challenge is, however, compounded when deciding the name becomes a hurdle by itself. So, what’s the easy way out?

Getting Names for Twins 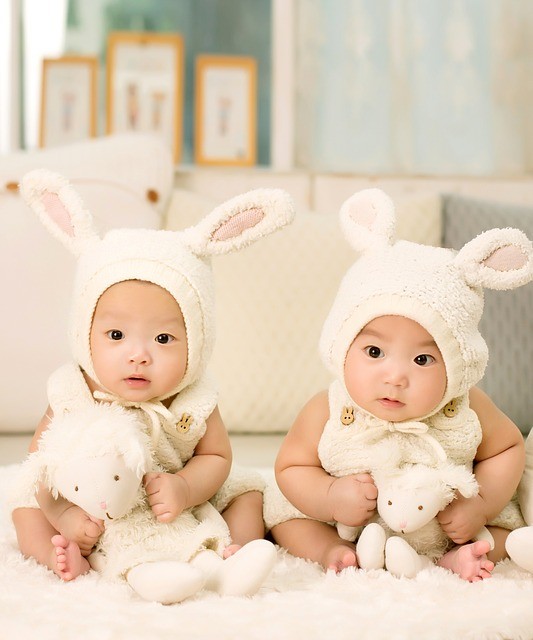 How about if you’re having a double portion and bringing to life a pair bundle of joy? Wouldn’t it qualify the naming part as a bigger hurdle now? Yes, it would, but with some little research, it shouldn’t be that hard, after all. So, how do you name your twins with a Biblical approach? Below are some of the things you might want to keep in mind:

For many centuries now, parents in the UK have stuck with the idea of Biblical naming of kids. This is true, however, for Christian parents. The names are spiritual and believed to help nurture a kid in the most preferred and religious ways as they grow up. The following names are the most common, for boys and girls, with religious meanings in the United Kingdom starting with the most common ones.

This is one of the most common Biblical names given to male children with inspirations from key figures in the Bible. The figures include one of the twelve disciples and John the Baptist. The origin of the name is the Hebrew Yochanan which means “God is gracious” through the Greek Ioannes and the Latin Johannes.

Mary is also among the most popular female English names with religious origins. It is a Hebrew name meaning “rebellion” or “to overthrow”. Also, it is an Anglicized version of the Hebrew name Miriam. In the Bible, Mary was the mother of Jesus Christ while Miriam was a sister to Moses. There were also Mary Magdalene and Mary, Cleopas’ wife, the women who supported Jesus’ ministry spiritually and materially. Lazarus also had a sister called Mary.

Martha, a Chaldee origin, is a female name meaning “a royal lady” or “mistress”. She was a sister to Mary and Lazarus.

Joseph is a name for a male child. It has a Hebrew origin and means to “increase” or “that which God has multiplied”. The name is used on many men in the Bible including:

Emmanuel is a male name with a Hebrew origin. Its usage is in the seventh and eight chapters of the Book of Isaiah, and it means “God with us”. Biblically, the name is symbolic and also a prophetic name of the Messiah, Jesus Christ.

Abigail is another Biblical name with a Hebrew origin. The name means “source of joy” and is given to a girl child. In the Bible, there are two references for it, that is, Abigail, the wife of Nabal and who displayed a great tact while dealing with David’s army. Kind David also had a sister who was called Abigail.

This is also a religious name with a Hebrew origin. It is a male name meaning “fortunate or right hand.” In the Bible, Benjamin was the youngest son of Jacob and Racheal and was also one of the founders of one of the twelve tribes of Israel.

Nathan is a male religious name meaning “given by God.” It has a Hebrew origin and, in the Bible, it was carried by one of the Old Testament prophets. Also, Nathan was David’s advisors and also King Solomon’s teacher.

Nathanael, on the other and, means “gift of God.” It is also a male name closely associated Biblically to one of the twelve disciples. In the Bible, Nathanael was described as the disciple “in whom there was no guile”. The most common variation of the name’s spelling is “Nathaniel”.

Among the most popular figures in the Bible was Aaron, from his involvement with his brother Moses in the historical and triumphant entry into Egypt and leaving with the enslaved Israelites. The name is given to male children and means “a mountaineer”, “mountain of strength”, or “shining light”.

The name Aaron has a Hebrew origin. In the Bible, it was given to the elder brother of Moses. He was a gifted speaker and was chosen by God to be Moses’ spokesman. He was also the first high priest of the Israelites with his priesthood going into history as “a shadow of heavenly things.”.

Hagar is a female English name with a Biblical meaning of “flight”. It had an Egyptian origin and was used on Sarah’s handmaid. The handmaid is widely known since Sarah gave her to Abraham, her husband, to sire a child for him since Sarah had been childless for years. The offspring of Abraham and Hagar was Ishmael, who became the forefather of the Arab nations.

Abel is a male English name that Biblically was given to the second son of Adam and Eve. The name has a Hebrew origin and means breath or vanity. Religiously, it is taken to mean “the first martyr”, as Abel was killed by his brother, Cain and he also became the first being of the human race to die.

Samuel means God hears. The name is given to male children and has a Hebrew origin. He was the son of Elkanah and Hannah in the Bible. Samuel was also one of the prophets of Israel and authored four books of the Old Testament.

Hannah is a female English name which means grace or favoured by God. It has a Hebrew origin and, in the Bible, it was given to one of the wives of Elkanah and mother to Samuel, the glorious warrior, and judge of Israel.

Adam is another male English name with a Hebrew origin and religiously inspired. It meant a man or red-complexioned and was first used on the first human being created by God from dust.

Abraham is a male name meaning “father of a multitude”. Its origin is Hebrew with other variants like Abram, which was the original name. His children included Ishmael (with his concubine Hagar) and Isaac (by his wife, Sarah).

Eve is another female English name meaning life or life-giver. It was the name given to the first female being and the second human being made by God from the rib of her husband, Adam. It also has a Hebrew origin. Other variant names are Eveline, Evelina, Evaline, and Evalina.

Andrew is a name given to a male child and also has a religious inspiration. It means manliness, from the Greek word andreios. Therefore, its origin is Greek. In the Bible, Andrew was the first of the twelve disciples of Jesus Christ and was a brother to Simon Peter. The two were fishermen and initially the disciples of John the Baptist.

Daniel is a male English name with a Biblical source. It means God is my judge with different variants like Danielle (female) and Daniels (male). It is Hebrew in origin. In the Bible, Daniel was David’s second son by his wife, Abigail. He was also one of the greatest prophets with a gift of interpreting dreams.

Simon, with other variants like Simona, Simone, and Simoni means “he who hears”. It is Hebrew in origin and the Bible documents nine men with this name. Originally, it was the name of Peter, the apostle. The Bible also talks of Simon, the man of Cyrene who helped Jesus carry his cross on the way to his crucifixion.

Peter is one of the most common male English names. It has a Latin origin and means “rock”. In the Bible, Peter was one of the 12 apostles. His original name was Simon and was the son of Jonas. He was the leader of the apostles and was given the name Cephas by Jesus, to mean rock. He also authored two of the New Testament epistles. 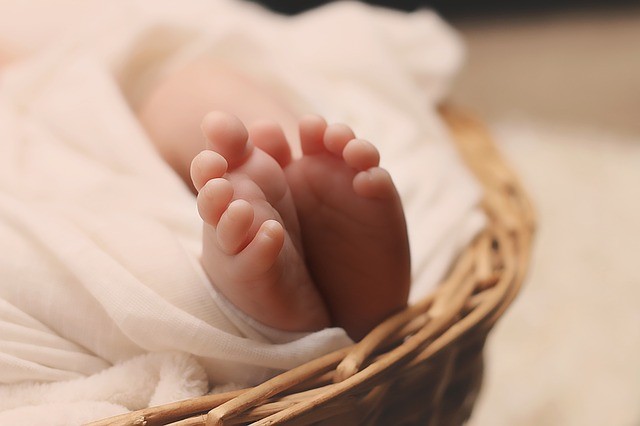 This is another female English name with a Hebrew origin. It meant “captivating” or “beautiful” and was given to Isaac’s wife. She was the mother to Esau and Jacob, with the latter having his name change by Jesus to Israel.

Elizabeth, the Greek version of Elisheba, is a female name that means “oath of God”. She was the wife of Zacharias, a priest, mother to John the Baptist, and also a cousin to Mary, the mother of Jesus Christ.

Jacob means to “follow”, “to succeed”, or “a supplanter”. It is a male name with a Hebrew origin and means one who follows another’s heels. In the Bible, he was the son of Isaac and Rebecca and the grandson of Abraham. His story is famous as the first man to have worked for another man to give him his daughter for marriage. He ended up marrying two sisters, Rachael and Leah.

He also had two concubines, Zilpha and Bilhah. He had 12 sons and one daughter. The 12 sons gave birth to the 12 tribes of Israel.

Deborah means “a bee”. It is a female name with a Hebrew origin. It is a name of two women in the Bible, that is, Rebecca’s nurse and also an Israel prophetess and judge.

Tabitha is also a female name with an Aramaic origin. Religiously, she was a Christian woman that Peter raised from the dead. The name means “a doe”, “gazelle”, or “small deer” and is described as a being full of acts of charity and good works.

Gideon is a male English name with a Hebrew origin. It means “a warrior” or “one who cuts down”. In the Bible, he was the fifth judge of Israel. The name is legendary as the man used only 300 soldiers to defeat 120,000 Midianites with instructions from God to cut the number. He is also known to have refused to be the king of Israel.

Isaac was the son of Abraham and Sarah in the Bible. The name has a Hebrew origin and means laughter. It’s a male name.

Other Biblical and common names include:

The ultimate moment for the being that has been forming inside you is here now. The baby is born, and they demand a name now. Which one would you go for? The options are many, and if you’re going for a Biblical option, the choices are unending. 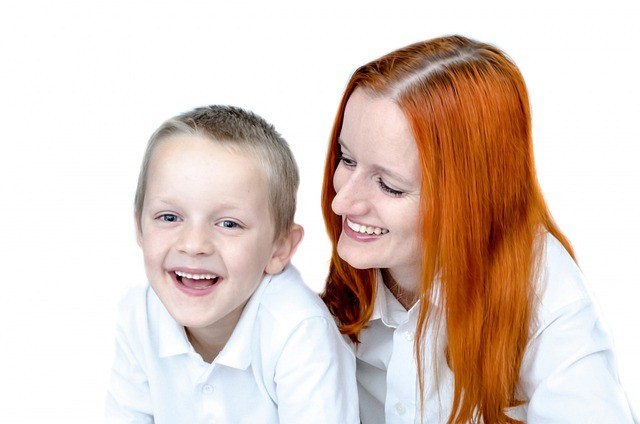 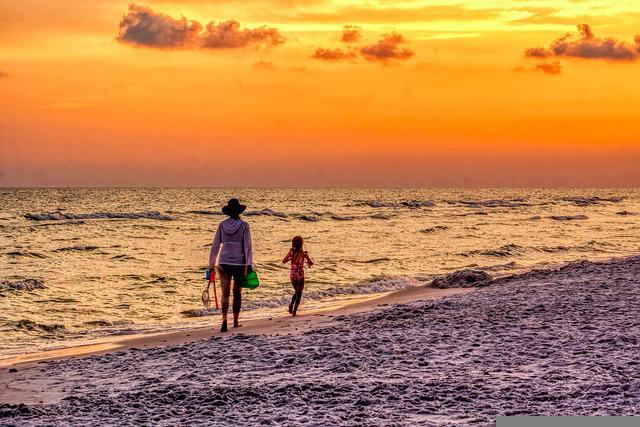 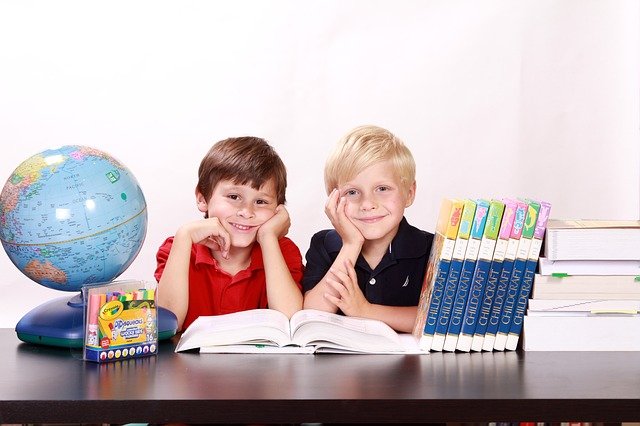