What is a Norland Nanny? 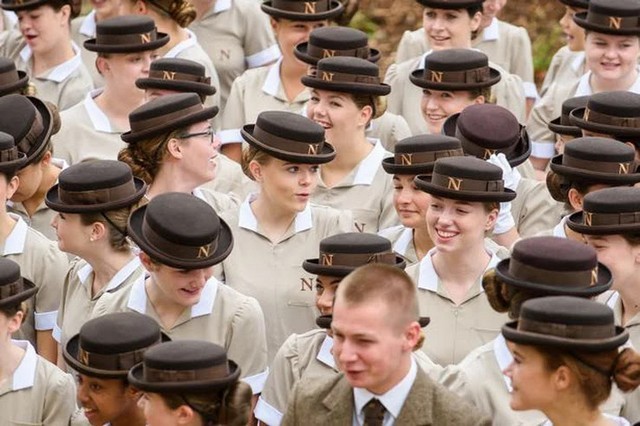 If you have done any research into childcare options for your family, you will have had a lot of information to digest. Something you might have stumbled across, is a Norland Nanny.

A Norland Nanny is not just any old nanny, this is considered to be the best of the best in childcare. You will find royalty and those of high social standing regulars using Norland Nannies, and whilst they certainly don’t come for a low price, they offer a standard which simply cannot be matched.

To find out a little more about the wonder of Norland Nannies, and why they are considered to be so special, let’s dig a little further into the Norland world.

Where is The Norland Nanny College?

Norland College is located in Bath, and was founded in October 1892. At the time, childcare was a strange affair, and was often conducted by the housemaids who worked within the home. The problem was that these housemaids had all manner of other jobs to do, and therefore the standard of childcare was little more than keeping an eye on the little ones. There was no time for active play, developmental activities, or milestones, everything was about making sure the child didn’t run away or hurt themselves, and little more.

Emily Ward was the college’s founder, and she decided that she wanted to introduce a system which had more of a structure, something which nannies could use to not only look after a child effectively, but also to ensure their learning and development too. The whole idea was based on a German teacher, named Froebel, who was a strong believer in pushing children to develop from birth onwards.

The college was founded in one of the most ‘well-to-do’ areas of England at the time, and even today, Bath is considered an iconic town with high amounts of social kudos. The idea about Norland Nannies is therefore aimed at families of royalty, VIPs, and high social class. This doesn’t mean that other families are not able to use Norland Nannies, but the price per week is often too high for families who aren’t earning quite a large wage.

Norland Nannies were considered different from other nannies from the start, and that means they needed a uniform to help them stand out. The college introduced a uniform which their nannies must wear at all times, even during training. Although this uniform has changed a little over the years, it is still quite well linked to how it was originally.

The original uniform was pink and grey, but it was changed to blue to be able to differentiate the nannies from hospital nurses. The uniform was then changed to a blue colour, with a brown cloak. Over time, this has changed to its current status, which is:

Whilst training at Norland College, students are expected to wear their uniform, but during classes which are practical, they wear a blue sweatshirt and brown socks. When nannies graduate, they aren’t specifically required to wear the formal uniform at work, unless they are asked to do so by the family. Some do, some don’t!

Who Uses Norland Nannies, and How Much do They Cost?

Norland Nannies have, over time, become the ultimate social status. Families of high social standing often use Norland Nannies, and more recently, Prince William and Kate Middleton hired a Norland Nanny to look after their children.

The cost varies, but is around £1500 per week, which is considerably higher than regular nanny and childcare costs.

Why Are Norland Nannies Considered to be so Special?

You might be wondering why anyone would pay such a high amount per week for childcare, so there must be something rather special about Norland Nannies, compared to other options. That is a truth. Norland Nannies are considered to be the creme de la creme. Their entire education is aimed towards getting the best out of every child they look after. You might wonder how that makes them different, because that is the job of every nanny; a Norland Nanny teaches eloquence, class, extreme manners, and everything that a family of high standing and wealth requires of their child.

Norland Nannies are able to teach children extra skills, such as skiing, sailing, teaching multiple languages, whilst catering for all manner of different dietary requirements with ease. Put simply, there is nothing a Norland Nanny can’t handle, and they are trained to do it with the utmost dedication and class. They are trained to go above and beyond, and what’s more, that is also expected.

How Are Norland Nannies Trained?

Norland College provide a rigorous training programme which is akin to Edwardian times, but manages to move with the times to ensure that modern day families do not slip back in time too!

The first job a training Norland Nanny is given is to look after a lifelike doll which cries, wets itself, needs feeding, and does everything that a real baby would do. Trainers watch the trainees in everything they do, assessing at all times. These dolls are also taken home at night, as the training nanny needs to understand how to handle a crying baby during the night with ease.

Handling disobedience is also done with aplomb, as Norland Nannies are trained to handle such issues with love and firmness. The college has a motto which is followed at all times -love never faileth.

The overall training package is also about more than an average childcare qualification course would cover. Norland Nannies are taught how to use senses to help develop a child, they’re taught about how to keep children entertained at all times by being resourceful and imaginative, there is nothing they can’t whip up or use out of an old tin can or toilet roll holder! They are trained how to throw the perfect event, the perfect birthday party, and they do it all without becoming flustered, even for a second.

In addition to this, Norland Nannies are also expected to have extra skills to bring to the table. Martial arts are taught to help nannies protect their child from potential kidnappers, as well as how to avoid the paparazzi. The high profile nature of the families involved with Norland Nannies means that extra skills need to be on hand, so mothers and fathers can be safe in the knowledge that their child is safe, in sometimes difficult situations.

With all these extra demands, as well as a strict uniform policy, you might wonder why people choose to head to Bath and train to become a Norland Nanny. The main reason is the status. A Norland Nanny is the best of the best. A Norland Nanny is going to be snapped up by a celebrity, a royal, or a VIP. Norland College also practically guarantees fantastic job prospects for their graduates, so in the current employment climate, this is a very tempting idea.

Of course, Norland Nannies also have higher salary expectations, compared to regular childcare nannies would in a home setting or a creche environment. It isn’t unusual to expect to earn upwards of £35,000, to around £60,000 in London. Obviously hours would vary, but these are often live in arrangements, so the child and family have their nanny at their beck and call whenever anything is needed.

This also helps to build up that bond between the nanny and the family, which is needed more than ever when mistrust may come into the fore, e.g. royalty or celebrities. Trust is vital in this setting, and for that reason, discretion is key. You will never hear a Norland Nanny gossiping or recounting any experiences they have had with a family, and many are required to sign confidentiality agreements to ensure this doesn’t happen anyway.

So, why do people train to become a Norland Nanny? Because it is a symbol of status, it is a sign of excellence.

How to Become a Norland Nanny

If you’re reading this and thinking that you would like to train to become a Norland Nanny, you have several routes in front of you. If you are from the UK, you will need to reach the following Norland Nanny entry requirements:

Anyone who is not from the UK will need to contact the college for the list of internationally accepted qualifications prior to applying.

The Norland Nanny training cost is the downside. The college charges £14,850 for the first year’s tuition fees for the BA (Hons) Early Years Development and Learning (Norland) Degree. This is a three years’ course, and fees will be determined yearly, as these do change. In addition, there is an initial registration fee to be charged at the time of acceptance of the course.

There are financial help routes available for those who are unable to meet the tuition fees, but these are obviously not available to everyone, so you should look further into loans and bursaries before you make your decision to apply to the college. Prices for further years (e.g. the next two years’ tuitions are also decided quite close to the deadline).

Throughout your training you will need to complete various assignments, both practical and theory, and you will also need to demonstrate the correct aptitude via placements. These are carefully picked and are likely to be very intensive. The uniform is also something you need to think about, as this will cost will be met by you, as well as any travel feels and housing costs. There are options available for this however, and again, you should check the college website or contact the Admissions Team to learn more.

In summary, Norland Nannies are certainly considered to be the highest sign of social standing for a family. To say that you have a Norland Nanny working with your family is something that most families which they could say, and amongst wealthy families this is often a bragging right almost!

Aside from the quality and the social status, a Norland Nanny is trained to look after, develop, and teach your child to the highest possible standards, and this is what you are paying for. Families who need extra help, e.g. dealing with difficult situations (paparazzi), or want their children to go on to achieve greatness, often look towards the route of a Norland Nanny, but they also need to pay very well for the services.

Norland College often has more jobs than it has nannies to fill. The job prospects for a Norland Nanny are extremely high, and whilst many students leave universities with uncertainty about whether they are going to find a job, not least find a job which matches their aspirations, Norland Nannies do not have that worry.

If are prepared to work hard, you have the financial backing to complete the course, and you do not mind the uniform, then a career as a Norland Nanny could be for you. Do not be cornered into thinking this is going to be an easy ride however, as Norland Nannies are expected to be able to do a million things at once, and to do it all to more than 100% of their ability. If you need to throw an event with ten minutes’ notice, you’re expected to pull it off and wow everyone at that event. If you need to practice martial arts to protect the child you’re looking after, you are expected to do it to Jackie Chan standards.

The life of a Norland Nanny is never dull! 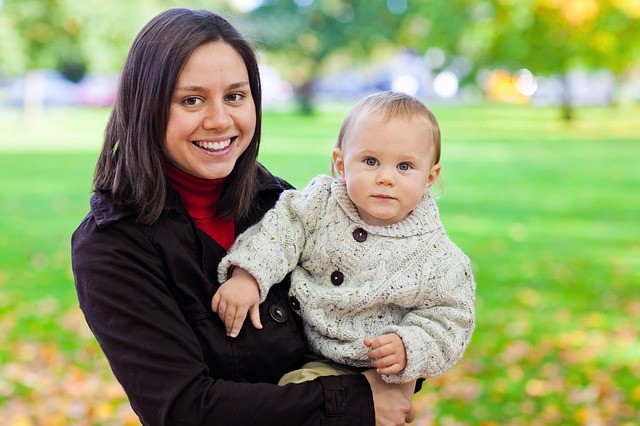 How to Find a Quality Nanny 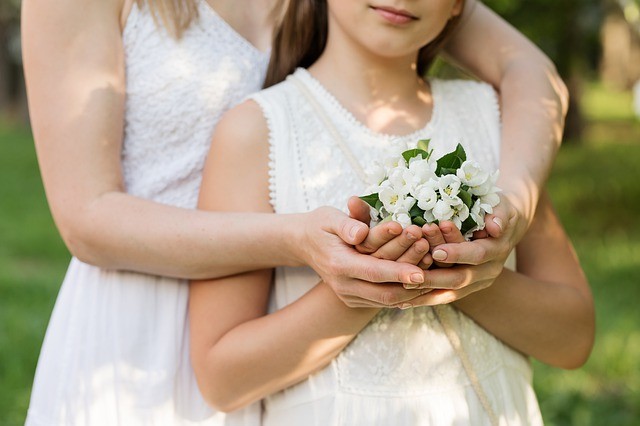 Not Sure of The Differences Between a Governess And a Nanny? 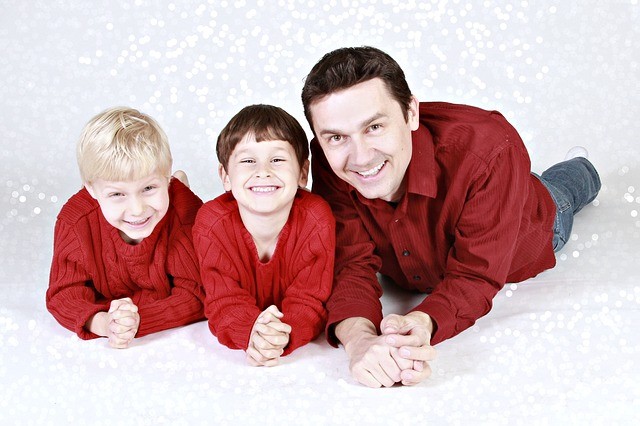 The Advantages of Hiring Male Nanny (Manny) in London

Read more
Call us now
LondonGoverness use cookies to ensure that we give you the best experience on our website. If you continue to use this site we will assume that you are happy with it.OkRead more