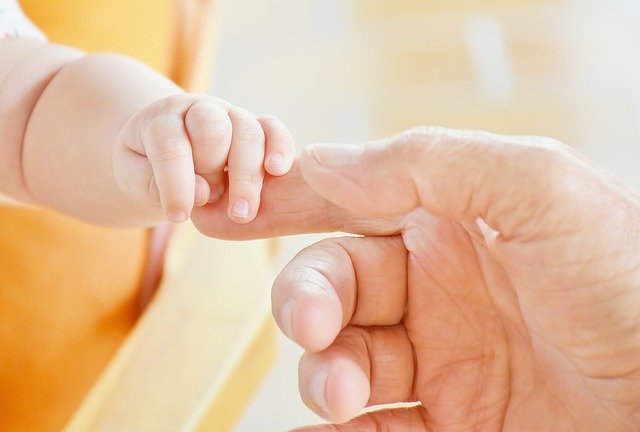 Pregnancy is a strange thing, but it sounds even stranger when you consider there is a condition where the dad is seemingly “pregnant”.

Of course, they’re not biologically expecting as this is beyond the realms of possibility, but there is a condition in which the father starts to experience symptoms which mimic those his partner is experiencing. This is called Couvade Syndrome, and you’ll also sometimes hear it referred to as a sympathetic pregnancy.

The ladies out there are probably rolling their eyes, assuming that their partner is simply trying to steal the limelight, but wait a second – this has actually been proven to be a real phenomenon.

When experiencing Couvade Syndrome, the father starts to experience some the same symptoms and starts to act almost in the same way as their expecting partner. Whilst nobody is totally sure why Couvade Syndrome actually occurs and why some men experience it and others don’t, it hasn’t been categorised as a mental health or a medical condition.

In short, Couvade Syndrome is somewhat of a mystery!

The Symptoms Experienced With Couvade Syndrome

The specific symptoms experienced vary from person to person, but the most common include:

The symptoms of Couvade Syndrome tend to occur during the woman’s first trimester of pregnancy, before dropping in severity as the woman reaches the second pregnancy. Mirroring the woman’s same journey, into the third trimester the symptoms may return. Ironically, once the woman delivers the baby, the man’s symptoms usually disappear too. Whilst the man obviously doesn’t give birth and therefore doesn’t experience the pain of childbirth, that doesn’t mean they might not experience sympathy pains.

Again, doctors aren’t 100% sure and it could be a variety of different variables account to the man in question.

A few suggestions include:

Again, none of this has been proven and it completely depends upon the man in question and his situation, and his feelings as to what may be causing the Couvade’s Syndrome to persist.

When you read into what Couvade Syndrome actually is, you might think that it has to be rare. The ironic thing is that it isn’t; any man is at risk of developing Couvade Syndrome and a study conducted in the 1990’s showed that anywhere between 11-50% of men developed the condition at that time. No major studies have been done since that time and the wide range in terms of percentage shows just how difficult it can be to pinpoint the condition and its prevalence.

Perhaps the reason for this is because symptoms can be anything from mild to severe and because the condition ebbs and flows in line with the mother’s pregnancy, a man may simply put it down to being in touch with his partner and unborn child. As a result, many cases aren’t reported.

What Are The Treatment Options?

Couvade Syndrome isn’t harmful and after the pregnant mother has delivered the baby, the man will notice his symptoms completely disappear. As a result, there is no treatment route for Couvade Syndrome, and simply a few self-help techniques to calm the situation.

In this case, deep relaxation techniques may help, such as yoga or swimming. However, if you find that you are suffering from this condition and you’re becoming anxious and distressed about it, you should seek out help, to prevent the condition from causing a mental health problem which persists.

Of course, it’s very normal in this situation for the woman to be a little confused about what is going on. She is experiencing a range of different symptoms herself and her body is going through hard and fast changes to accompany the growing life inside of her. As a result, she might feel rather resentful of her partner who is complaining about symptoms of his own.

This is a totally normal reaction to the situation but it’s one which needs to be managed carefully in order to avoid a conflict or stress. Pending parenthood is a very stressful time and people deal with stress in various different ways. Working together and being open and honest with one another is vital if you want to sidestep the issues that might occur when a man is experiencing Couvade Syndrome.

The good news is that nothing is actually wrong with you if you are struggling with Couvade Syndrome. The condition isn’t harmful and it’s not caused by anything which is particular sinister. Whilst doctors still don’t really know what causes it, they do agree that it isn’t anything to worry about too much. If however the symptoms are causing you distress, you should try deep relaxation techniques, try and open up and talk about the anxiety you might be feeling about pending parenthood, or go and visit your doctor to find ways to manage the symptoms which are causing you the most discomfort.

Experiencing The Pregnancy Together?

On the other hand however, you could argue that Couvade Syndrome allows a couple to experience the pregnancy together. If a woman doesn’t feel particular resentful or annoyed about her partner taking the so-called limelight from the situation, she might actually feel that she has some extra support because her partner can actually feel to some degree what she is going through.

Could that take the strain off and allow the couple to become closer? In some ways, yes, it could.

If you are troubled by this condition, it’s really all about how you view it. It’s not a harmful condition and there is nothing untoward going on, that’s something you can be reassured about. With that in mind, why not embrace the condition and allow it to let you experience the joy and wonder of pregnancy as a couple, closer than a couple who don’t have to deal with this condition?

Whilst the woman is obviously the one with a new life growing inside of her and she is the one who is actually feeling the real changes going on, the man is able to sympathise in more ways than one about what she is feeling. Of course, male and female hormones are not the same and a woman is likely to feel extremely emotional at certain parts of her pregnancy. This is something a man isn’t able to feel in the same way, but the symptoms he is experiencing may allow him to be able to support his partner slightly more deeply than someone who can’t experience how the pregnancy feels in real-time.

It’s vital that in this case, the parents to be don’t allow the condition to ruin or taint the pregnancy. The development of a new baby is something to experience with joy and happiness and whilst Couvade Syndrome might cause confusion and worry, that needs to be put aside in order to avoid living in regret at not enjoying the pregnancy and all the wonder that it brings.

Couvade Syndrome is sometimes called a sympathetic pregnancy or pregnant dad, but it is surprisingly more common than you might think. This condition occurs when a father to be starts to mirror the pregnancy symptoms his partner is experiencing, following the same pattern of worsened symptoms at the start, a lull in the middle and a return in they third trimester. The condition may also cause sympathetic labour pains for some men, but the symptoms totally disappear after the birth of the child.

Whist Couvade Syndrome isn’t harmful, doctors don’t really know what causes it. We’ve explored a few suggestions, but that is by no means an exhaustive list and none of it has been proven by doctors.

Couples experiencing Couvade Syndrome need to be measured and try and embrace the condition as a positive, rather than allowing it to take away the joy of pregnancy. Whilst it might not have been part of the journey you expected, it may allow you to experience the joy of expecting a new child together, in a closer way than before.